I did my doctoral research work on “Transitions in Supercritical Open-Channel Flow” at the Indian Institute of Technology, Madras (Chennai) from 1971 to 1974, and received my doctoral degree in 1975. I acknowledge here the guidance and encouragement that I received from my research guide Dr. V. Sethuraman, Professor & Head of Hydraulics and Water Resources Wing of the Civil Engineering Department, I.I.T., Madras (Chennai). I am sad to mention that Dr. V. Sethuraman passed away in 1975 following a surgery that he underwent while on a short trip to Germany.

As part of my Doctoral research project in the I.I.T., Madras (Chennai), I designed and built in 1974 a Laser Doppler Velocimeter, which was the first such instrument to have been fabricated and commissioned in India.  This instrument measures the point-velocity of a supercritical (high-velocity) water flow in a glass-walled laboratory flume (channel) by passing a helium-neon laser beam across the flow, and measuring the Doppler shift of the scattered light originating from the point of measurement.  A picture of the instrumental set-up and a report on the project are given below.  Further details of the instrument are presented in an appended article. 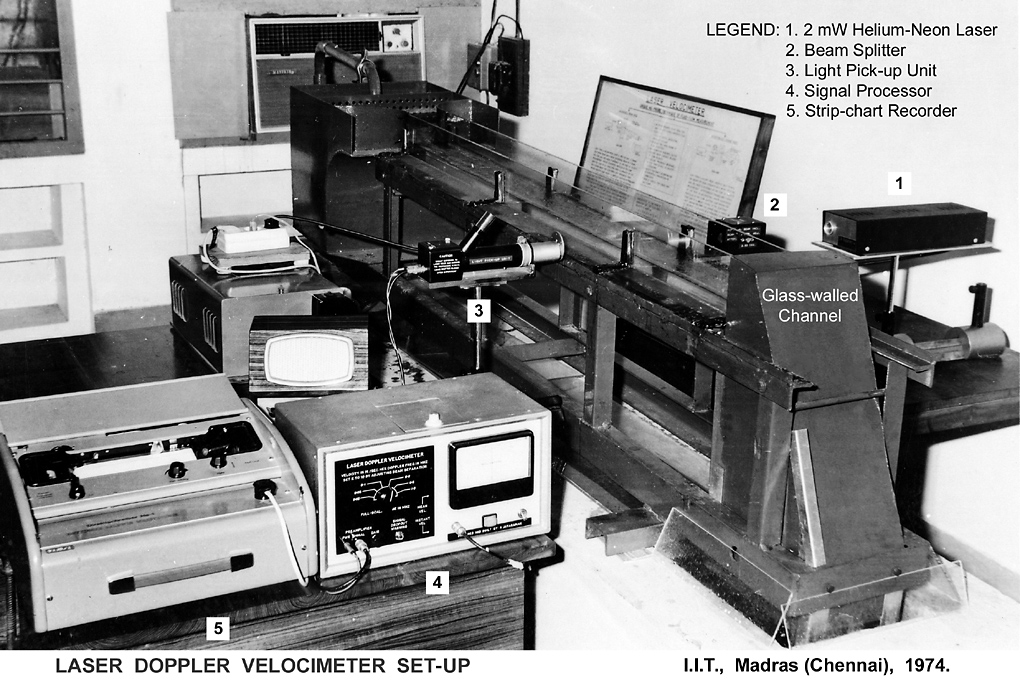 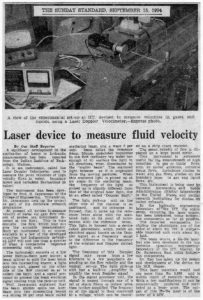 In 1976, I functioned as the leader of a team of the faculty and students of the College of Engineering, Trivandrum that designed and fabricated a Model Planetarium of 10 metres diameter, capable of accommodating 120 viewers.   Apart from my being in overall charge, I was involved in the design and fabrication of the Star projector, and the Sun and Moon projectors.  It was a challenging project, but our team successfully completed it in less than 2 months.  The Fuller’s dome was fabricated of GI sheets bent and attached to a steel frame.  The 32-faced truncated icosahedral Star projector had minute holes drilled on its faces to represent 230 prominent stars of our Milky Way galaxy.  The position of each star on the appropriate face was calculated by me using a TI-30 scientific calculator.  The projector, illuminated by 2000 watts of halogen lamps inside the truncated icosahedron, had forced-air cooling.  31 separate projectors were mounted on the faces of the polyhedron, leaving the south face free for mounting the projector (for more information on the truncated icosahedron, refer to my article on Polyhedral Structures attached to another page). The Sun and Moon projectors could be independently adjusted on the axis of the Star projector, which was set up parallel to the polar axis of the earth.  The whole unit was capable of being rotated very slowly by two helical gear trains in tandem.  A report on the Model Planetarium is appended below. 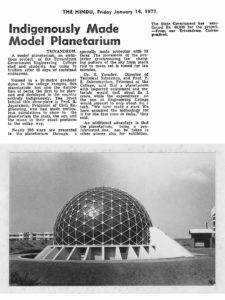 While working in the I.I.T., Madras (Chennai), I designed and built in 1994 a portable Soil Moisture Meter which measures the moisture content of a soil by means of a capacitive probe. 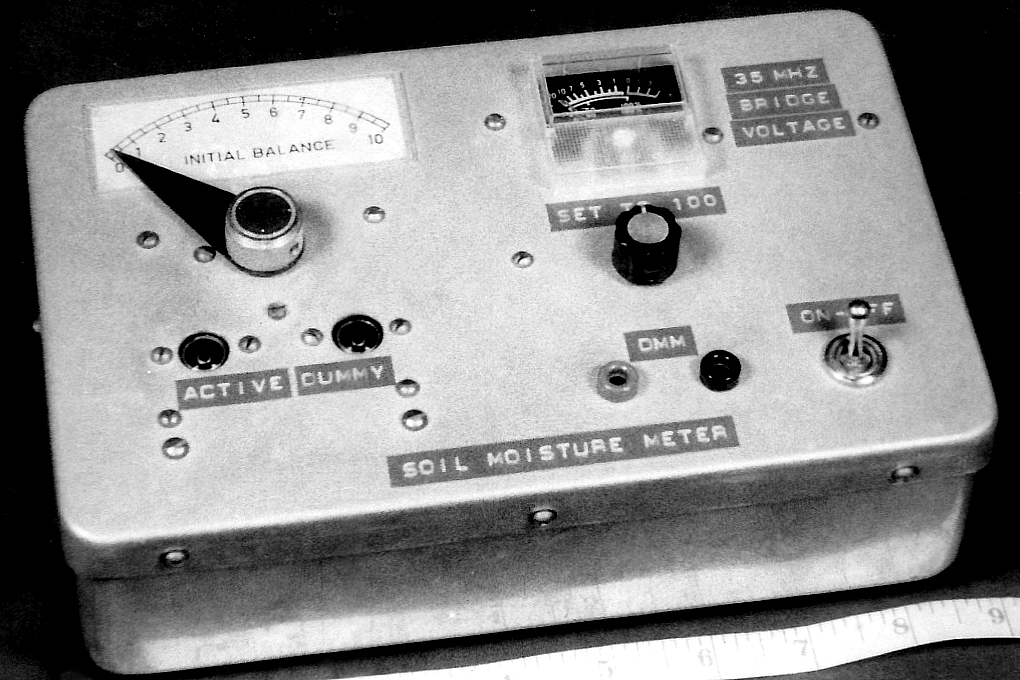 The Soil Moisture Meter shown in the photo is a compact and portable instrument, powered by 4 penlight cells.  It makes use of capacitance probes, which are superior to the resistive probes. The electrical resistance of moist soil is a variable parameter that is very sensitive to the concentration of dissolved salts.  Pure water is practically non-conducting, but the conductivity increases dramatically with even low concentration of dissolved salts.  On the other hand, the dielectric constant of water (which influences its capacitance) is not affected significantly by dissolved salts, and remains fairly constant at a value of 81.

This instrument utilizes a quartz crystal oscillator, generating 2 V at 35 MHz for powering a 4-arm impedance bridge.  The frequency of 35 MHz is high enough to ensure that the capacitive reactance of the moist soil is much smaller than its resistance.  The 4-arm bridge has two resistive arms, and two arms formed by a dummy probe and the active probe.  These probes are formed by two metallic plates 10 mm wide and 15 mm high, spaced 5 mm apart, and connected to the instrument by coaxial cable.  The active probe is inserted into dry soil, and the bridge is initially balanced.  As the moisture content of the soil increases, the bridge gets unbalanced, and the error voltage is amplified, converted to DC, and read on a Digital Multimeter.  The moisture content is simultaneously determined by a conventional laboratory test on the soil sample.  A calibration chart showing the output voltage versus volumetric moisture content, which is specific for a particular type of soil, enables the moisture content to be quickly determined in the field.